Featured On The 700 Club

David Howell
Blog
No comments yet

Recently, I was contacted by a producer of CBN’s The 700 Club. They were interested in doing a segment through their news division about the origin and mission of Prison Evangelism.

I was very excited about the prospect as good publicity is invaluable for a ministry such as ours. 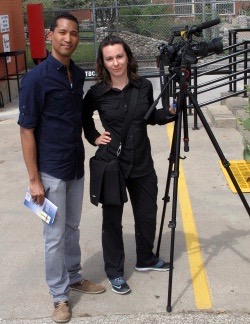 In early August of 2017, John Jessup, news anchor for CBN news and his videographer Laura Crombe arrived in Houston to shoot the segment. They were interested in doing a story on me and how I started the ministry of publishing books into prisons.

The angle they used was about an old oilfield guy from South Texas who God called into prison ministry or my story.

We started at a pipe yard I use to store and maintain pipe I bring in from job and I explain under camera watch the ins an outs of my pipe and pipeline salvaging and recycling business. The CBN crew was excited to be hand’s on at a pipe maintenance facility in Texas and even though it rained intermittently during the shoot, they were able to get the footage desired for that portion.

We then proceeded to my house where they wanted to do an interview with me and my wife Vickie in a home like environment. It was fascinating to watch the professionalism of this crew as they went about the business of setting up cameras, lighting and settings of the furniture in the ways to create the desired atmosphere.

They spent about two hours at my home in Houston. We all proceeded to Wednesday night outreach at my church which was just five minutes away. The producer wanted to interview the head of the prison ministry of the church where I am a member.

They spent about an hour there with the backdrop of members active in the outreach ministry and that wrapped up three separate segments of programming in one afternoon. A busy six or seven hours. 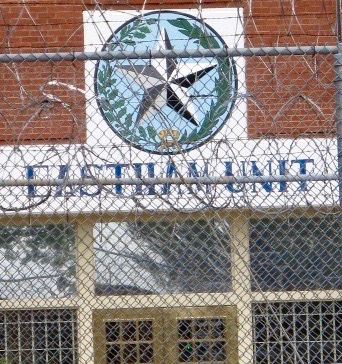 The next morning we met at the Eastham Unit in Lovelady, Texas for interviews with a volunteer chaplain, some inmates who had been impacted by our publication, How To Be A Child Of God.

The warden of the prison, Bill Lewis, is a born again Christian and was extremely helpful and cooperative.

You really had to have this kind of cohesiveness for things to work. In these few paragraphs, speak sort of matter of factly, but in truth, it is very difficult to put an operation like this together and have it run smoothly. For one thing, it is almost impossible to get news cameras into a state prison, but it happened and went as smoothly as can be imagined.

This is a camera shoot and program that God wanted to see come about. Praise God!

The show airs today, Wednesday August 30, 2017 on The 700 Club internationally. It will be archived on the CBN 700 Club website HERE.